European Parliament condemns all forms of racism, hate and violence and calls for action

In a resolution adopted on Friday with 493 votes to 104 and 67 abstentions, the European Parliament “strongly condemns the appalling death of George Floyd” in the US, as well as similar killings elsewhere in the world. MEPs call on the US authorities to address structural racism and inequalities, criticise the police crackdowns on peaceful protesters and journalists and President Trump’s threat to deploy the army as well as his “inflammatory rhetoric”. 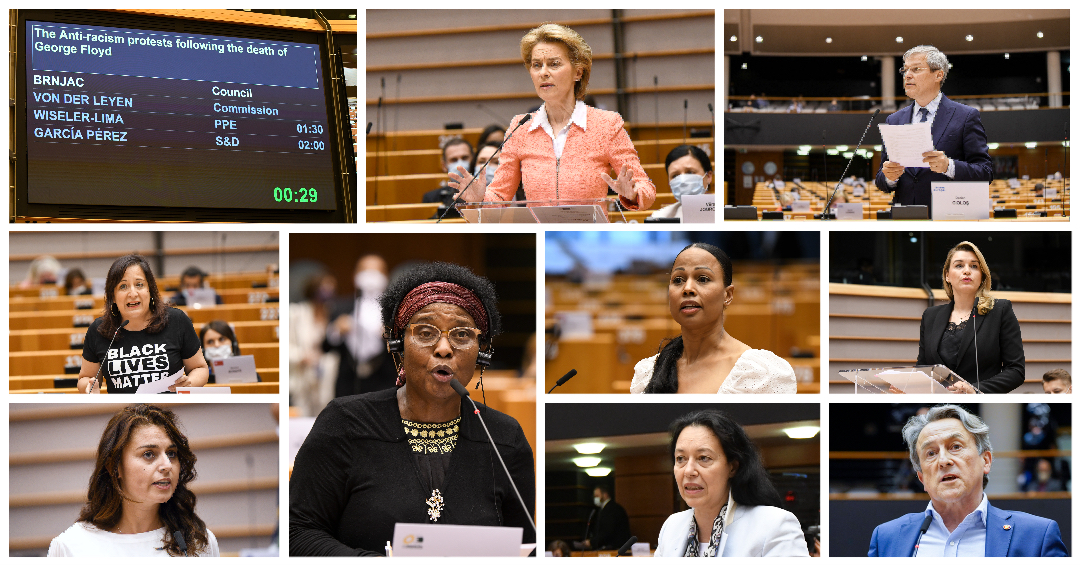 The Chamber supports the recent massive protests around the world against racism and discrimination and condemns “white supremacism in all its forms”. MEPs denounce the “episodes of looting, arson, vandalism and destruction of public and private property caused by some violent demonstrators” demanding at the same time that “the disproportionate use of force and racist tendencies in law enforcement” be publicly denounced whenever and wherever they occur.

Use of force by law enforcement authorities should always be “lawful, proportionate, necessary and the last resort”, MEPs stress, insisting that “excessive use of force against crowds contravenes the principle of proportionality”. The EP underlines that cases of police brutality and abuse should not go unpunished and that citizens have the right to record scenes of police violence to use as evidence.

End racial and ethnic profiling, increase diversity within the police

The text calls for the EU and its member states to end racial and ethnic profiling in criminal law enforcement, counter-terrorism measures and immigration controls. New technologies in this field must not discriminate against racial and ethnic minorities, it adds.

Police and law enforcement authorities must have “an exemplary record on anti-racism and anti-discrimination” and should strengthen training in this regard, MEPs say, calling also for more diversity within police forces.

European crimes against humanity committed against black people in the past

The EU institutions and the member states should officially acknowledge past injustices and crimes against humanity committed against black people, people of colour and Roma, according to Parliament, which declares slavery a crime against humanity.

Combating discrimination in all areas must be an EU priority, say MEPs, who urge the Council to “immediately conclude the negotiations on the Horizontal Directive on non-discrimination”, blocked by EU countries since the Commission proposed it in 2008.

Freedom of speech does not protect racism and xenophobia

The resolution underlines that racist and xenophobic speech is not covered by freedom of expression. MEPs regret that extremist and xenophobic political forces worldwide increasingly resort to the “distortion of historical, statistical and scientific facts and employ symbolism and rhetoric that echo aspects of totalitarian propaganda, including racism, anti-Semitism and hatred towards minorities”.