March 16, marks a historic day for women of African descent to honor and respect their rich diversity, languages, and cultures. Global African Women’s Day, according to its organizers will be “A day to celebrate a shared vision of unity, despite historical separations.” 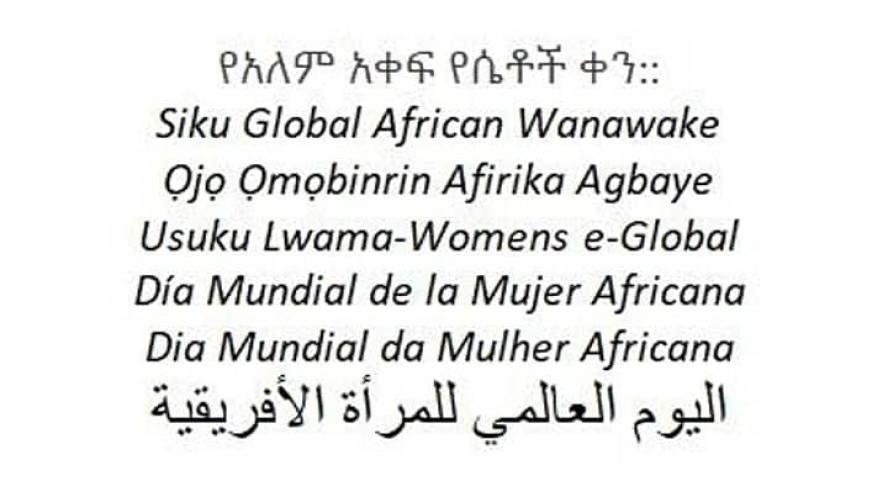 The Drammeh Institute, a New York-based NGO and key sponsor, in partnership with other international organizations will facilitate the much anticipated Gala Dinner at the Millennium Hilton One UN Plaza New York, during the United Nations’ two week annual conference on women.

Initially launched last year at the Institute’s forum – The Visible Invisibility of Global African Women during the 63rd Session of the Commission on the Status of Women, the concept was further adopted by a group of international pan African women’s organizations.

“We appreciate that this day is recognized for its importance to our global community.” said Iman Drammeh, an organizer for the affair, adding that the speakers will include, Dr. Barryl A. Biekman, Ambassador of the African Diaspora Union and initiator of the African Diaspora Decade of Return, Stella Mystica Sabiiti, UN Women Advisor to Fem Wise-Africa and Professor Dr. Ahmed Reid, Chair of the United Nations Working Group of Experts on People of African Descent – a group tasked with addressing all the issues concerning the well-being of Africans and people of African descent worldwide.

The evening will be hosted by Cheryl Wills, a nationally recognized award-winning television personality for Spectrum News’ flagship national news network, New York 1 News, and author of the popular title, “The Emancipation of Grandpa Sandy Wills”.

The Gala’s theme, recognition, justice and development, which are the pillars of the International Decade of People of African Descent, will set the stage to recognize trailblazing pan-African women for their contributions, and will bring together distinguished guests from the activist, academia, and political world among others.

A portion of the proceeds will support travel grants for women living in rural areas and distressed communities to enable them to participate in forums where their issues can be represented.